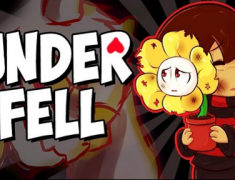 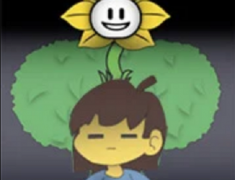 Those who have already played a well-known indie-game with an incredibly adorable design and unusual plot called Undertale, will be glad to know that the game creator Toby Fox has something new to please players with. Deltarune is a spin-off of this title. Fans have been arguing whether this part can be perceived as a continuation of the previous one, a background story, or a prequel. The reason of such a confusion is that Deltarune features a lot of elements and characters of the Undertale universe. At the same time, it is something quite different. 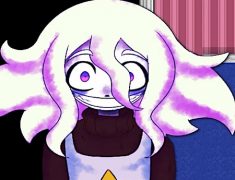 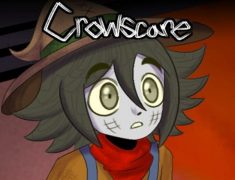 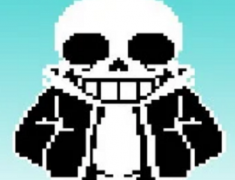 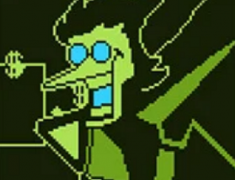 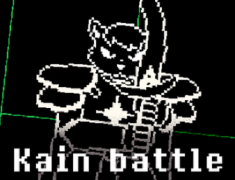 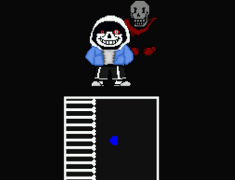 The game creator confirms that this is another world and another story, but the fullest game experience can be received when you have already played the previous part. Well, let’s perceive this as an alternative story that takes place in a similar world. This world is a dark and mysterious place where Kris and her classmate Suzie appear after falling into the other dimension right from the school supply closet. Yes, it was really hard to predict that a regular school day will end up like this. In the parallel word, girls meet different dangerous creatures including a Prince of the Darkness called Ralsei. He informs Kris and Suzie that they have appeared in this place for a reason: they are the chosen ones. Their mission is to bring the universe back to balance and save it from destruction. Girls are not sure that they are too happy to hear that. Both don’t think that they can become real heroes and save the world. At the same time, it seems like their decisions is not so important and they have no other choice but to go for the world-saving mission. They are going to find a black fountain and put a seal on it. However, there are numerous obstacles and enemies on their way, so the adventure is expected to be really dangerous. Initially, Suzie has no interest in going for an adventure at all. She doesn’t really care about the universes that are doomed to disappear in the darkness. Instead, she just wants to go home and even leaves Kris together with Ralsei to let them cope with an approaching catastrophe without her participation. With time, she arranges to them again and helps to fight through the obstacles. Dark creatures and other monsters will try to attack Kris and Suzie on every step they make. As a player, you are the one to choose the model of their behavior. It means that there are two options for you: you can react peacefully and try to avoid conflicts or join the battle and defeat your enemies. The game has a lovely old-school design that reminds of the games we used to play when we were children and had a console instead of a computer. The 8-bit graphics just the same as you have already seen in the Super Mario series is absolutely nostalgic.

The main character of the game is Kris and you will control her during the game. At the same time, there are additional heroes and a system for numerous members so sometimes you will be allowed to let them participate in the battles and pick their attack. The battles are arranged in a traditional way, as they are always arranged in the similar role playing titles. You have a list of two actions to pick from: “fight” and “sidestep”. As you are a part of the team (despite the fact that you are a leader), other characters will not always share your decision. For example, Suzie is not controlled by you directly and in most cases she will choose to fight rather than to step aside. Your aim is to do everything you can to prevent your team members from any actions that you are not planning to do. For example, there are different spells to use in the moments like that. You may put “pacific” spell on Suzie when you want to show mercy to the enemies and she doesn’t share your decision. This adventure has only one ending and no matter what you do during the game, you will arrive at the same outcome.